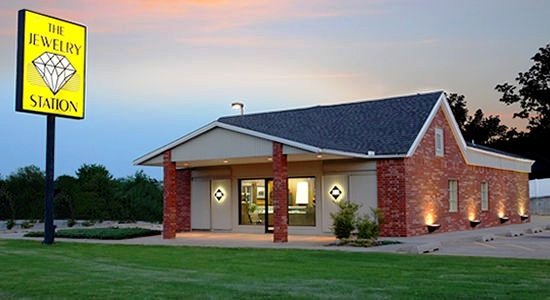 A high school job turned into a career for David Gall, one that continues to thrive 28 years since starting his own business. David, a high school junior, started working at Garmin's Jewelry in downtown Woodward in 1983. He worked off and on for the company, which eventually moved to Austin, TX. In 1992, David had the opportunity to buy a building on 8th Street and open his very own store, this was the start of The Jewelry Station. "It was actually a really unique building, the old filling station behind the Post Office," he said. "Which is where we got the name The Jewelry Station." At the start, the focus of David with The Jewelry Station was on repairs, but "people kept wanting to order things," he said. As the business grew, David began looking for a new home and found it at 1417 Oklahoma Avenue, where The Jewelry Station has resided since October of 1998. David said customer service is an important factor in his success, indeed in the success of any business. "Try to be friendly and honest, and have a good price," he said. "I try to stand by what I say." Jewelry is basically associated with happiness, which is what The Jewelry Station sells. "I always tell people we sell happiness here," David said. "When a man comes in to buy something for his wife or girlfriend, it is going to make her happy." A Woodward native, David has made a lot of people happy through the years.